Every article on this website is like a mini-training school. use the nav bars on either side of this page to locate your area of interest or subject you need help with.

Coming on January 1, 2010 is a “once-in-a-lifetime” opportunity for every person in the United States who has retirement money saved in traditional IRAs or other qualified plans. Without earnings limits they can convert to a Roth IRA.

This conversion opportunity allows for tax-free growth
of their retirement investment dollars while spreading their tax liabilities across 2011 and 2012. Yet, when considering whether your clients should convert traditional IRA dollars to Roth IRA dollars, it is really all about tax rates.

If taxes are high, there is one major advantage with the traditional IRA, or any other type of pre-tax retirement savings plan. The money is tax-sheltered from those high rates. When the money is withdrawn and the rates are low, income taxes are paid at the lower rate. The inverse is true if the rates are currently low, but increase in the future. Retirement savings invested in a Roth IRA at today’s low tax rates are immune from future income tax rate increases, forever. Are there any clues we should look for?

How does one know if tax rates will go up or down in the future? As     people approach retirement, or are already in retirement, what clues might  indicate that tax rates could be on the rise in the near future?

The 35 percent top marginal tax bracket today is the lowest since Ronald  Reagan was president and just a little higher than the rates in effect when Calvin Coolidge was in office. The sunset provisions in the current  tax law, with no Congressional votes needed, will force the rates to revert  to those effective in 2000. The 2000 top bracket rate was 39.6 percent.
Today, a married couple earning $200,000, filing jointly under the existing 35 percent rate structure, would pay an estimated $44,264 in federal income tax. That same couple, filing jointly after the sunset of the Bush tax cuts, would pay an estimated $55,049 on the same $200,000 of earned income. What appears to be a small tax rate increase of only 4.6 percent actually results in a whopping tax payment increase of 24.3 percent.

Lori Montgomery, in her Washington Post article dated September 9, 2009, quoted Timothy Geithner in a statement on ABC News: “We have to bring these deficits down very dramatically and that’s going to require some very hard choices.”

In the Washington world of political rhetoric, when it comes to taxes, “hard choices” usually mean that tax rates are going up. When you look at the clues, and these clues do not even consider the impact of health insurance reform, it is virtually impossible to believe that the current 35 percent top bracket will last into the foreseeable
future.

The best solution to this tax-rate savings paradox is the Roth IRA. The Roth IRA requires that taxes be paid upfront, and for this upfront payment, the Roth IRA offers great flexibility to the taxpayer.

With the Roth IRA, there are no required minimum distributions at age 701/2, and the money in the Roth IRA grows tax-free. Generally, there is no income tax on the withdrawals from a Roth IRA. Plus, there are no IRS taxes imposed on beneficiaries of Roth IRAs.

In a word, the Roth IRA is a great deal. It is such a great deal that
higher income retirement savers were prohibited from participation
by the government. If individuals had modified adjusted gross income (MAGI) of over $100,000, participation in the Roth world was either restricted or not available at all. The legislative thinking was that the very liberal, tax-friendly, Roth tax-advantaged savings plans should only be extended to lower-income wage earners.

Here is the good news.


On January 1, 2010 the $100,000 MAGI restriction for Roth Conversions is eliminated. All taxpayers can convert their existing Traditional IRA accounts, their 401(k) plan balances, and their 403(b) plan balances into Roth IRAs. Although new contributions to Roth accounts are still subject to earned income limits, for the higher income taxpayers, this new conversion opportunity may be the only way to get into the Roth arena.


What’s the catch? The catch is that income tax must be paid on the withdrawals from traditional tax-qualified accounts to make the conversion. The good news is that the tax on conversions in 2010 may be at one of the lowest tax rates in recent history.

The better news is that the tax burden created by the withdrawals in 2010 can be spread over 2011 and 2012 equally. The government is here to help, after all, or is it? There might be some urgency to pay all of the tax due in 2010. The downside to spreading the tax over two years is that the tax rates could be incrementally higher in those years than they are now.

The Roth conversion is a tax-diversification strategy that injects flexibility into a retirement plan. The Roth conversion creates an excellent pool of capital that can be passed along to children or grandchildren, income-tax-free.

Unfortunately, according to an on line study of investors made by Fidelity between August 14th and August 28th, 2009, most people were not aware that the Roth IRA would be available to them in 2010. Of the 800 participants in the
study, 88 percent said that they were unaware of the conversion opportunity and 34 percent did not understand the tax implications of the Roth IRA conversion.

As attractive as Roth conversions are for wealthy tax payers, the personal circumstances of each tax payer will ultimately determine if making a Roth conversion is a good idea. And, that’s when the assistance of a qualified financial professional is critical to investors.

When it comes to making this type of decision, it is helpful for financial professionals to “model” the conversions for their clients using software tools. A good software analysis model should project three scenarios:

If your clients hold assets in traditional tax-qualified accounts and you think that tax rates are going to rise, the time for action is now. An analysis based on these three scenarios will show if this conversion strategy is a fit for any of your clients. For those clients, you should begin to educate them today about the new rules which will position you to hit the ground running on January 2.

Helping clients improve their retirement financial plan by making a Roth conversion is a “once-in-a-lifetime” opportunity that should not be missed.

How to Handle Objections

Training, Coaching and Other Help 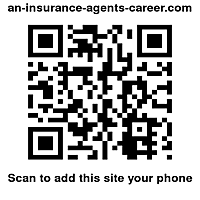 Today's Top Picks for Our Readers:
Recommended by