Every article on this website is like a mini-training school. use the nav bars on either side of this page to locate your area of interest or subject you need help with.

Let’s examine in more detail, what we call the “Fix and Control” producer issues.

Fixing the producer’s prospecting problem and controlling their business submissions is a huge task – although very much accomplish-able. Let’s examine each of these two issues separately. 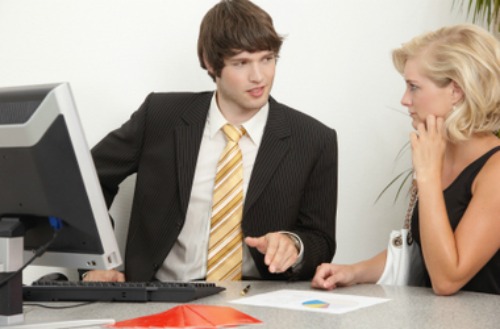 Fixing the producer’s prospecting problem. The benefits of prospecting through qualified referrals far out distances most any other prospecting method.

Fixing the prospecting problem can be addressed in a number of ways, but I’ve chosen to focus attention on one quality solution, the answer lying in the financial professional’s skill to consistently generate quality referred leads.

Stepping back for a minute, there are three high-level categories to generate prospect inventory as illustrated below. When you boil it down and weigh all the pros and cons of various prospecting methods, there is one single prospecting method that far out distances the others in overall effectiveness for most producers- qualified referrals.

If it’s so evident that this is what will improve sales force retention, loyalty, and productivity, why does this occur?

And what should be done to solve these producer challenges?

The Many Ways and Approaches to Prospect Acquisition

A strong key to producer prospecting problem and personal success is controlling the source of sales lead inventory. Third party influence must exist for a lead to be “qualified”.

Prospect or Die E-Book - Developed for insurance agents who have prospecting problems and are in need of prospecting ideas, techniques and concepts. Get yours now

Why prospecting by referrals is the preferred method of choice.

The benefits of prospecting through qualified referrals far out distances most any other prospecting method.

The key benefits are these:

If referred leads are so effective, why don’t all producers prospect this way?

"The MDRT level producers do referred leads and those who struggle in this business don’t."

The reasons struggling producers’ don’t obtain referrals
include and consist of the following: